Cordierite had been known in metamorphic rocks in the cores of some of Wyoming mountain ranges; but it wasn’t until 1996, that the gem variety of the mineral, referred to as iolite, was discovered in the cowboy state. When gem-quality; cordierite is known as ‘iolite’ or ‘water sapphire’ and also referred to as 'dichroite'. The initial discovery of iolite in Wyoming was made when the author began searching for ruby in a rock known as vermiculite schist that is sometimes referred to as glimmerite by Russian geologists.

Gemologists and mineralogists have no problem distinguishing iolite from similar minerals, but the highest quality iolite is difficult for the lay-person to distinguish from oriental (blue) sapphire and tanzanite, as all three yield beautiful, bluish gems. However, if you search your local jewelry store for these three, it will be a rare jeweler who has iolite, simply because of its rarity, even though the gemstone is considerably lower value.

Beginning with the discovery of iolite at Palmer Canyon in 1996 (Hausel, 1998b) followed by discovery of giant gemstones in the Grizzly Creek area in 2004 and iolite in the Ragged Top-Sherman Mountain area and Owen Creek in 2005 (Hausel, 2004, 2005) in the central Laramie Mountains, it became clear, Wyoming was no longer just a 3rd rate gem state. It was the premier gemstone state in the US! No other state could boast of having such a great variety of gemstones - many were discovered by the author over 3 decades and added to the already spectacular jade deposits and diamond deposits in the state. But soon polytickans stuck their nose into these research projects and by 2006 the research ended - even though it is pretty much guaranteed there are dozens of more gemstone deposits in Wyoming. By the time I left the Wyoming Geological Survey in 2007, I had evidence for more diamond, gold, iolite, ruby, sapphire, opal, spinel, garnet, apatite and even emerald deposits in Wyoming. What is a poly-tick-an you ask? Jay Leno set us straight when he indicated it meant 'poly' = 'many' and 'tick' = 'little blood sucker'. But to be honest, I did meet some very good republicans in Wyoming. 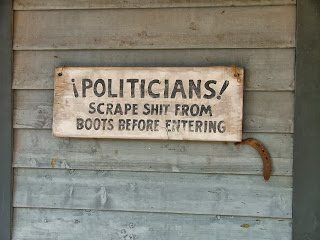 The discovery of gem-quality cordierite in Wyoming was thought to be one of the great gemstone discoveries in the United States in many decades. Even though four separate iolite deposits were discovered, beginning with the 1996 discovery, little effort has been made to research, mine, facet and market these attractive gemstones. With good marketing strategy, it should be possible to produce a tanzanite-like frenzy of this rare gemstone primarily mined in Sri Lanka from placer deposits. Because of the lack of iolite mining worldwide, iolite is difficult to find in jewelry stores in North America. Go ahead, visit a local jeweler and ask if they have any iolite jewelry. The answer is often - "no, but we wish we had some because we get many requests". Wyoming appears to have the largest known iolite resources in the world and Wyoming’s geology is favorable for discovery of more!

Cordierite is an alumino-silicate found in a region with other alumino-silicates such as andalusite, kyanite and sillimanite. These porphyroblasts occur in alumina-rich mica schists known as metapelites. In Wyoming, cordierite has been reported in several areas including Copper Mountain in the Owl Creek Mountains (Hausel and others, 1985), South Pass in the Wind River Mountains (Hausel, 1991a), the Seminoe Mountains (Hausel, 1994b), the Laramie anorthosite complex, and the Elmers Rock greenstone belt in the central Laramie Mountains of southeastern Wyoming (Graff and others, 1982). Only four deposits to date have yielded gemstones, but no exploration has occurred other than by the author.

Cordierite (Mg,Fe3+)2Al4Si5O18, is an orthorhombic mineral that typically forms short prismatic pseudo-hexagonal crystals with rectangular cross sections, as well as massive, compact minerals of various shades of blue, bluish-violet, grey, or brown. According to Sinkankas (1964), repeated twinning on a crystal surface (mineralogists refer to this surface as m{110}) results in cordierite having near hexagonal (6-sided) cross sections when a crystal shape can be recognized. However, some cordierite will have district crystal shapes and others are found as granular to massive specimens. Cordierite has poorly developed cleavage, but parting parallel to crystallographic c-axis [m{001}] may occur in altered crystals.


Much cordierite in Wyoming is poor-quality, opaque to translucent, white-grey to brown porphyroblasts found in mica schist. When found as a gemstone, the mineral will be translucent to transparent cordierite known to gemologists as iolite or dichroite. The first documented and verified discovery of iolite in Wyoming occurred in the Palmer Canyon area of the Laramie Mountains west of Wheatland in eastern Wyoming. The mineral was found near outcrops of vermiculite schist filled with sapphire, some ruby, and considerable kyanite.


The iolite has oily to vitreous luster, is sapphire-blue in color with marked pleochroism that changes from sapphire-blue to violet-blue depending on the direction the mineral is viewed in light.  Pleochroism is the result of absorption of different wavelengths of light along different crystallographic  directions. Minerals (uniaxial minerals) such as iolite that have pronounced dichroism that produces two pleochroic colors and are said to be dichroic. For those of us who are not mineralogists, this simply means that the color of the mineral will appear to change as the transparent to translucent crystal is rotated in light.

Cordierite is often found in pelitic schists in Wyoming. Pelitic schists are simply schists that have abundant aluminum-rich minerals such as biotite and muscovite. It has also been found as mineral replacements of other alumino-silicate minerals such as andalusite, sillimanite and/or kyanite (under the right conditions, certain minerals will replace others over time). When unaltered, cordierite will have a hardness of 7 and low specific gravity (2.55 to 2.75). The specific gravity of cordierite increases with increasing iron content. Sinkankas (1964) reported the specific gravity for transparent gem-quality cordierite (similar in weight to quartz) to lie within the range of 2.57-2.61.

So after making several dozen gemstone discoveries, millions in gold, mapping more than 400 square miles of geology in mining districts along with the two largest kimberlite districts in the US and the largest lamproite field in North America, and publishing ten times as many professional papers, books and maps than the rest of the geological staff combined, and assisting hundreds of members of the general public, both Ray Harris's (RIP) field vehicle and the field vehicle of the author was confiscated by a bungling poly-tickian. Sad to say that one of the four top State Geological Surveys in the country was taken to the bottom in a short years. 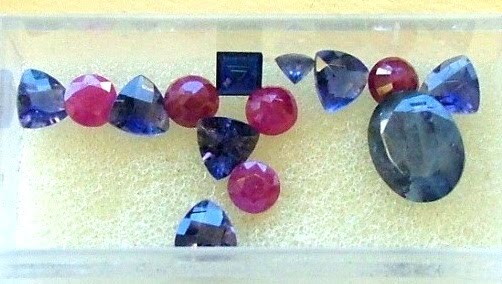